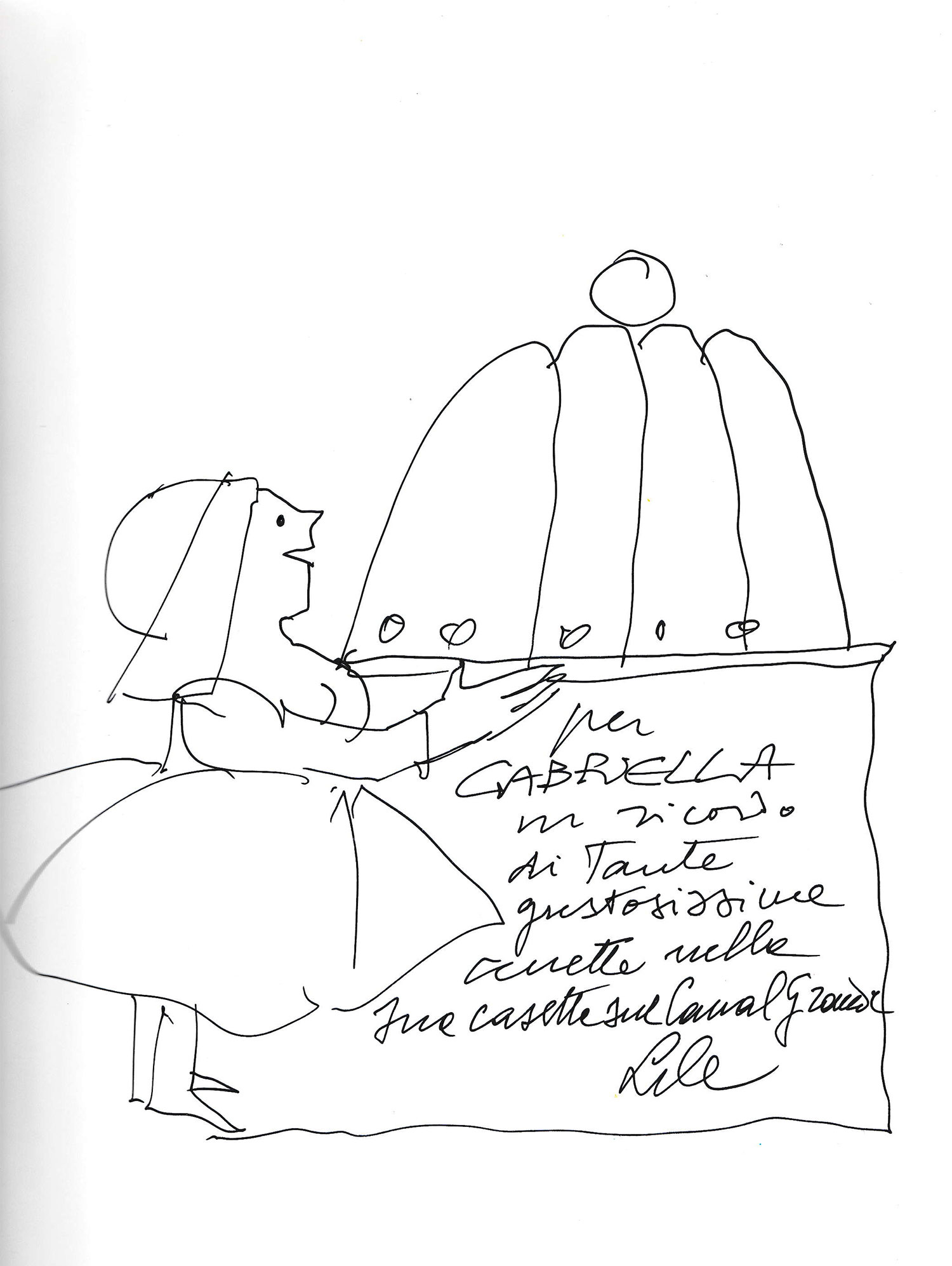 Born on 3rd November 1957, Maria Gabriella Zen studied both Music and Humanities. She graduated in Piano (1977), Choral Music and Choral Conducting (1979) and Composition (1985) at the Conservatory of Music in Padua; she graduated in Italian Literature with a thesis about Music History (1982) and got a PhD in Linguistic (2012) at the “Ca' Foscari” University of Venice.
She started on her training in Composition with Wolfango Dalla Vecchia and continued with Franco Donatoni at the "Chigiana" Music Academy in Siena during the Summer Specialization Courses in 1982 and 1983.

In 1986, the chamber opera she wrote for her final Composition Degree The Love of Don Perlimplino and Belisa in the garden based on a text by Garcia Lorca, was among the finalists of the Internationaler Carl-Maria-von-Weber-Wettbewerb für Kammeropern 1986 of Semperoper Dresden.
On the 27th of March 1993, the Arditti String Quartet played her Liederkreis at La Fenice Opera House. In November 1993 her composition Salmi for Solo Soprano was included among the finalists of the Olympia International Composition Competition in Athens.

In October 2003 she represented Italy in the 3rd Workshop for EU artists, organized by Euart- network in Oslip (Austria). Her composition In der Wüste (In the Desert) for Soprano, Alto and three Percussionists was played during the final concert and recorded by the ORF.
In Spring 2004, together with other ten European Composers, she was chosen to write 11- Eleven, a suite of 11 short pieces to commemorate the victims of terrorism and to inaugurate the enlargement of European Union (11th fragment–Finale: Pax, luminosa Pax).
On the 8th October 2004 all these 11 composers were invited to partecipate with their music to the inaugural concert of the new Sala Rossi of the rebuilt La Fenice Opera House.
Invited to several editions of 'Nuove Musiche d'Europa', festival of contemporary music organized by EU-ART-Network at the Sale Apollinee of  La Fenice Opera House, composed Canzona magnetica (2006) and Die Linien des Lebens... (2007) for I Virtuosi della Fenice.

Her project for a new opera, Chronos parádoksos, presented by the International Institute for Opera and Poetry (IIOP) of Verona, received the EU financial support by the EACEA ( Education, Audiovisual and Culture Executive Agency - Cultural Programme 2007 – 2013). In October 2012 the opera's libretto she wrote with Gianfranco de Bosio was awarded with the VIII Giacomo Matteotti Prize from the Prime Minister (Presidenza del Consiglio dei Ministri).

In November 2008 “I Pomeriggi Musicali Orchestra”, conducted by Stanley Dodds, performed her melologue Ultime rime d'amore, based on Gaspara Stampa’s Canzoniere (Love-Songbook) for Bartolomeo Zen (1551-54) at the Dal Verme Theatre in Milan.
In January 2010 her video-melologue Il Regno dei Fanes (The Kingdon of the Phanes) with a video by Margot Galante Garrone) for soprano, flute/bass-flute and percussions was performed at the Sale Apollinee of La Fenice Opera House.

La Biennale Musica of Venice commissioned her a new composition for the 54th International Festival of Contemporary Music: Don Giovanni, variazioni sul mito, seven Variations for Female Chorus, Percussions and Organ in a faraway room has been performed during the Opening of the 2010 Festival (Opera – Labirinto Don Giovanni a Venezia) at Palazzo Pisani, on the 23rd, 24th and 25th September 2010.
She partecipated to the Festival Lo Spirito della Musica di Venezia organized by La Fenice: in 2013 with Canzona a tre su un tema di Giovanni Gabrieli and in 2014 with Tre frammenti su “Stabat Mater” di Tiziano Scarpa.
In 2019 she wrote Variazioni e Corale sulla Follia for the ESTA String Orchestra in occasion of the opening concert of the 47th International European String Teachers Association Conference (Cremona, Auditorium Arvedi del Museo del Violino).


In Fall 1993 she started cooperating with the 'Laboratorio Interdisciplinare per le Scienze Naturali ed Umanistiche' founded and directed by Claudio Magris in the context of the SISSA (Superior International School of Advanced Studies) of Trieste. Two of her lectures are published in the SISSA Preprints:


Since 1988 she has collaborated regularly with theatre directors such as Gianfranco de Bosio, Bepi Morassi, Damiano Michieletto, Carlo Cecchi, Boris Stetka, Stefano Pagin. She has also collaborated with the "Teatro a l’Avogaria” in Venice, writing incidental music for varied texts, from Italian Renaissance comedies to Waiting for Godot by S. Beckett. Her scores for Le Baruffe Chiozzotte (The Chioggia Scuffles) by Carlo Goldoni, directed by Gianfranco de Bosio (10 Variations for string quartet), was awarded with the Orion-New Musical Proposals Prize by RAI-Radio3 in 1989.
Performances such as The Million by Marco Polo (Venice, Fondamenta Nuove Theatre, 2006) and The Eclogues by Virgil (Mantua, FestivaLetteratura - The Literature Festival 1 2007) directed by de Bosio, include her incidental music which has provided a new way of interpreting classical masterpieces. The DVD of Marco Polo's The Million was released by the Veneto Region in 2008 and the audiolibro The Million published open access in bacheca cultura veneto - libri letture  on the 15th of September 2021, Marco Polo's birthday.
In October 2008 her masterclass Studio su Orlando (A Study on Orlando) on composing incidental music for theatrical plays, organized by La Biennale di Venezia during the International Theatre Workshop entitled  Mediterraneo, had as its theme the composition of the music for Orlando by Virginia Woolf. The world première of Orlando,  adapted and directed by Stefano Pagin, took place during the 40° International Theatre Festival of the Venice Biennial, on the 22nd February 2009. Then it became a “one-man-show” for the actor Stefano Scandaletti with the new title Orlando-Orlando; in October 2011 it won the Teatro Stabile del Veneto OFF PRIZE 2011, in September 2012 it won the ARGOT OFF PRIZE 2012 Argot 2012

She writes production music for Flippermusic and DENEB.  The videoartists Ila Beka e Louise Lemoine used her music in Spiriti (2015), 15 videos you can share on Fondazione Prada website www.fondazioneprada.org/spiriti/

Some of her compositions are published by Agenda Edizioni and by Ars Publica. 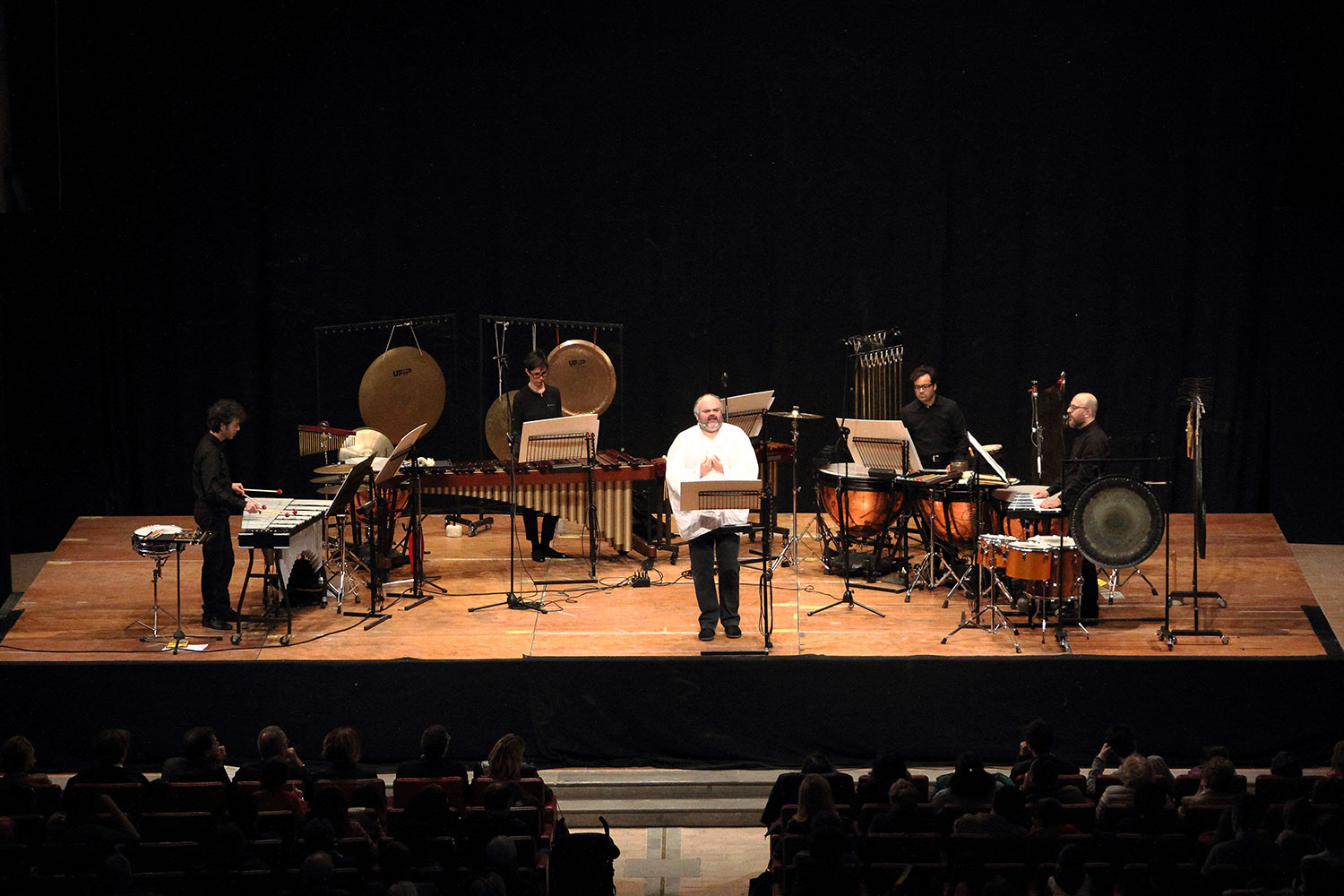 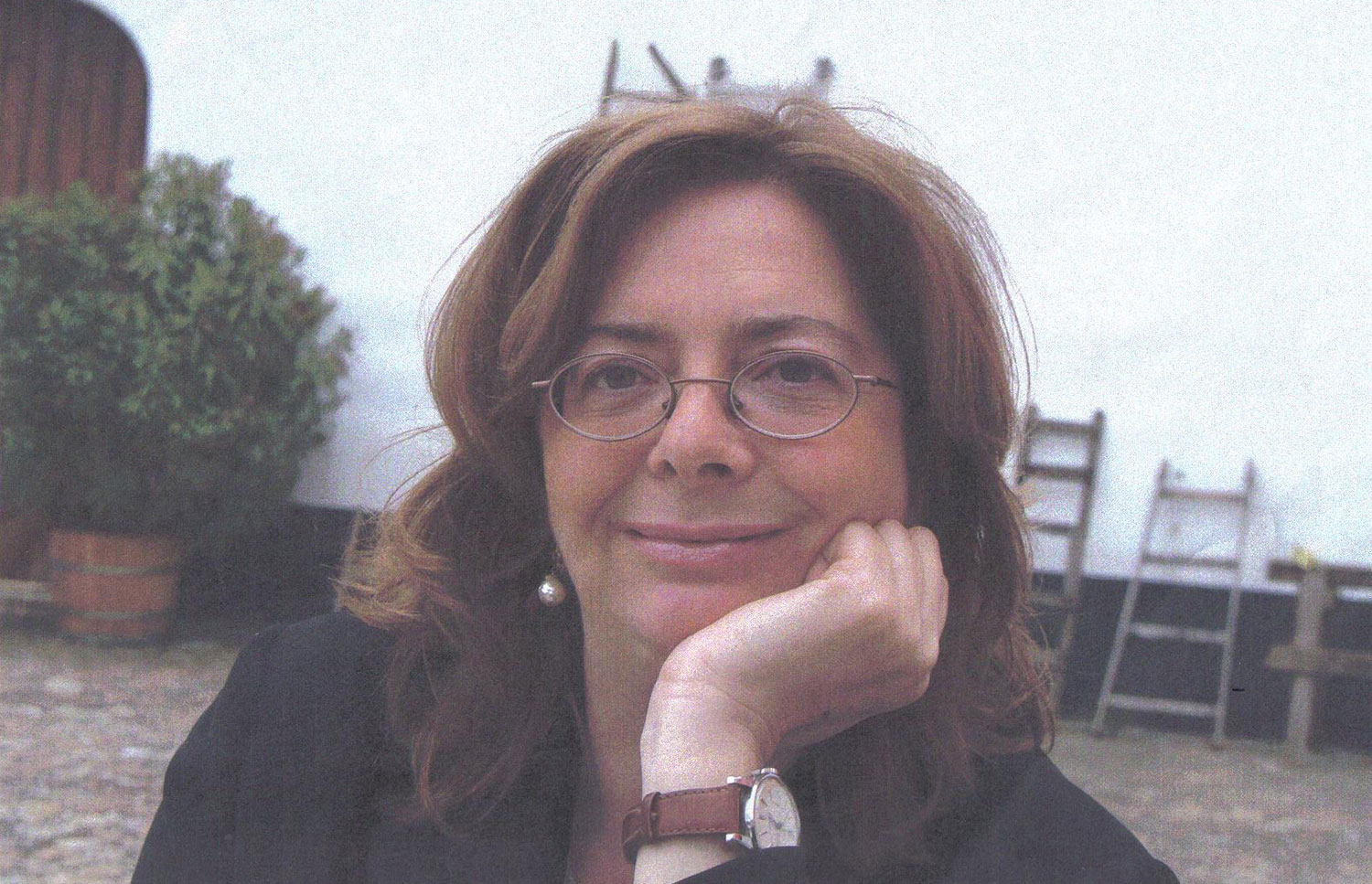 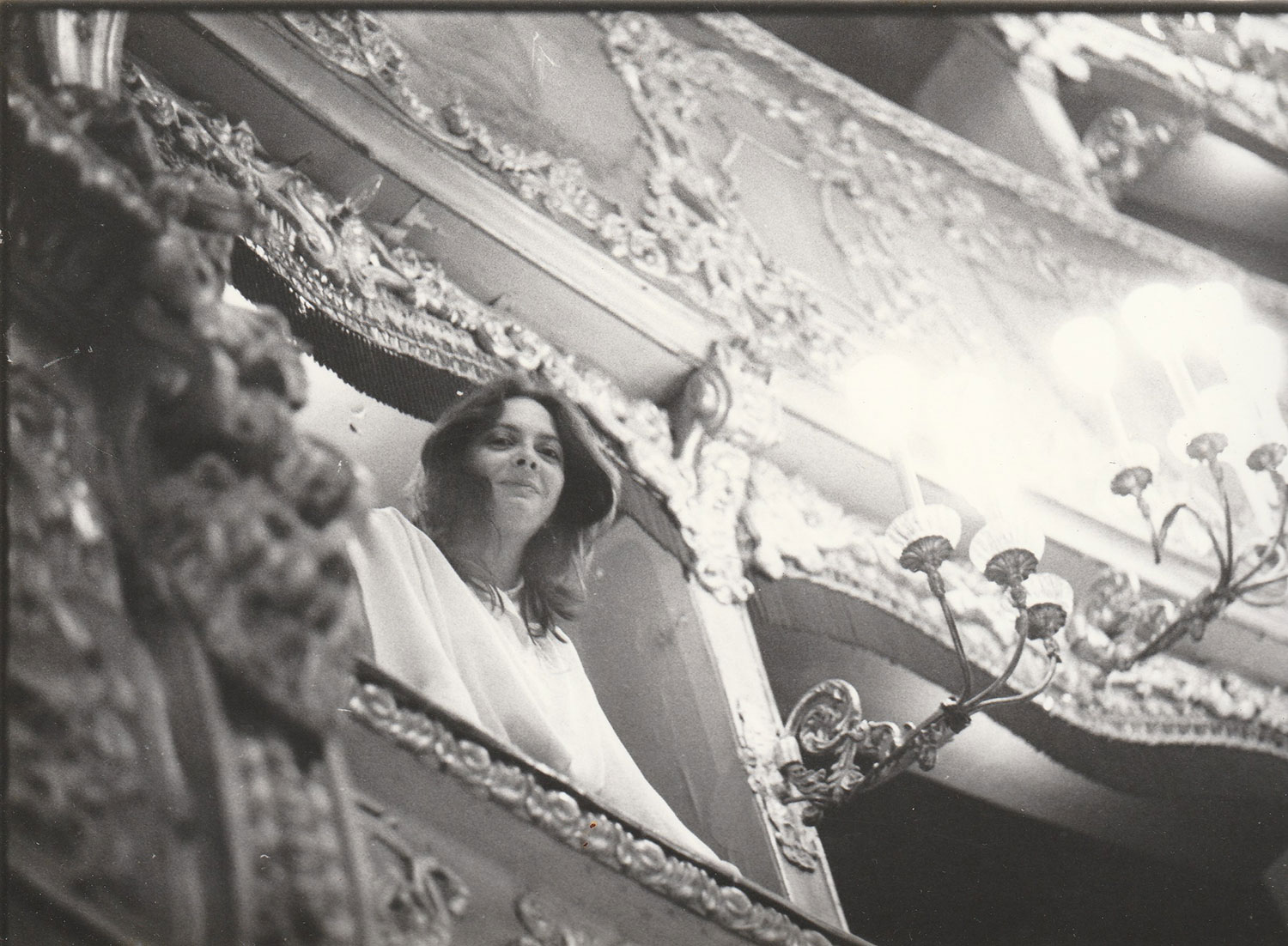 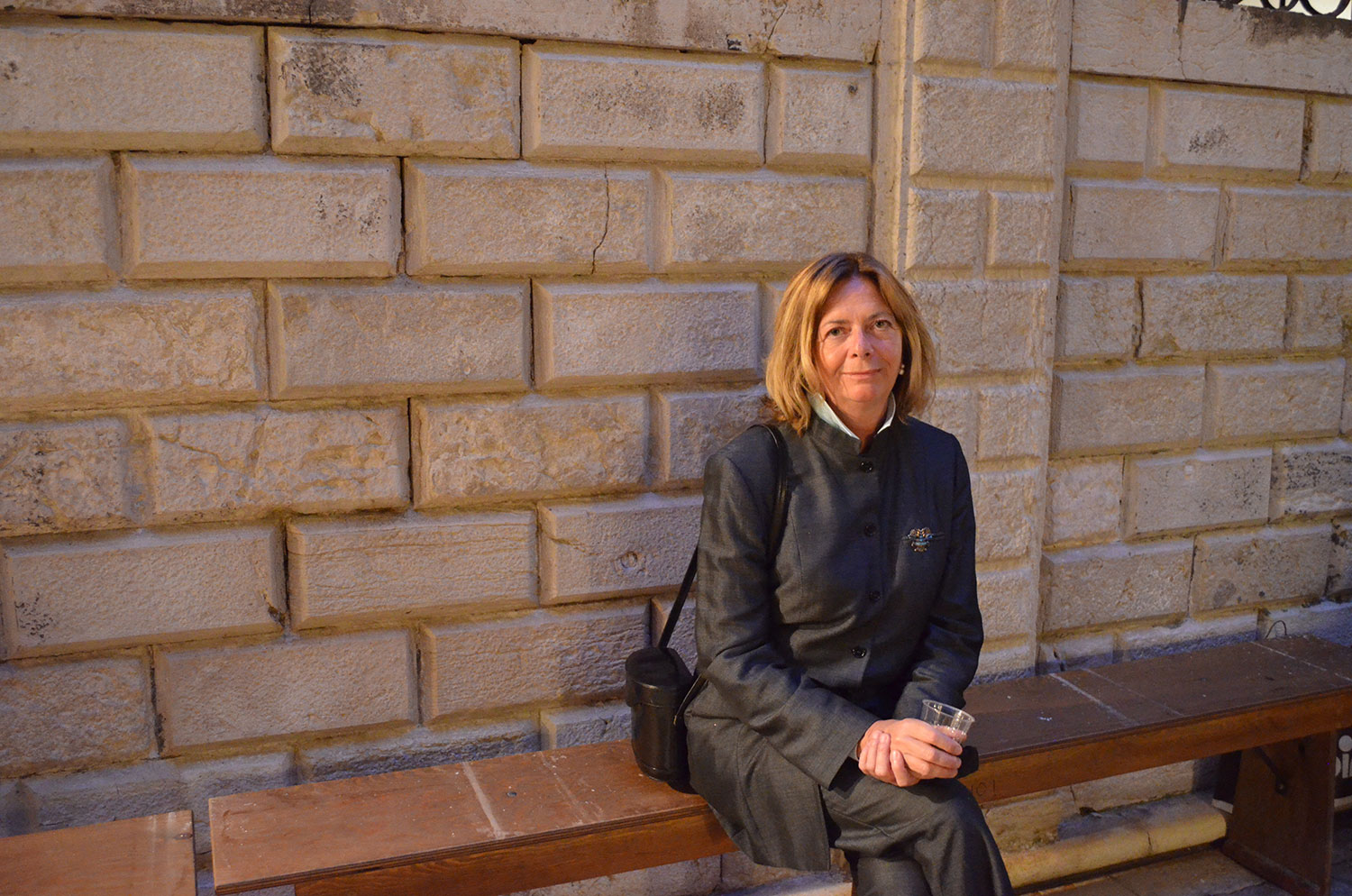 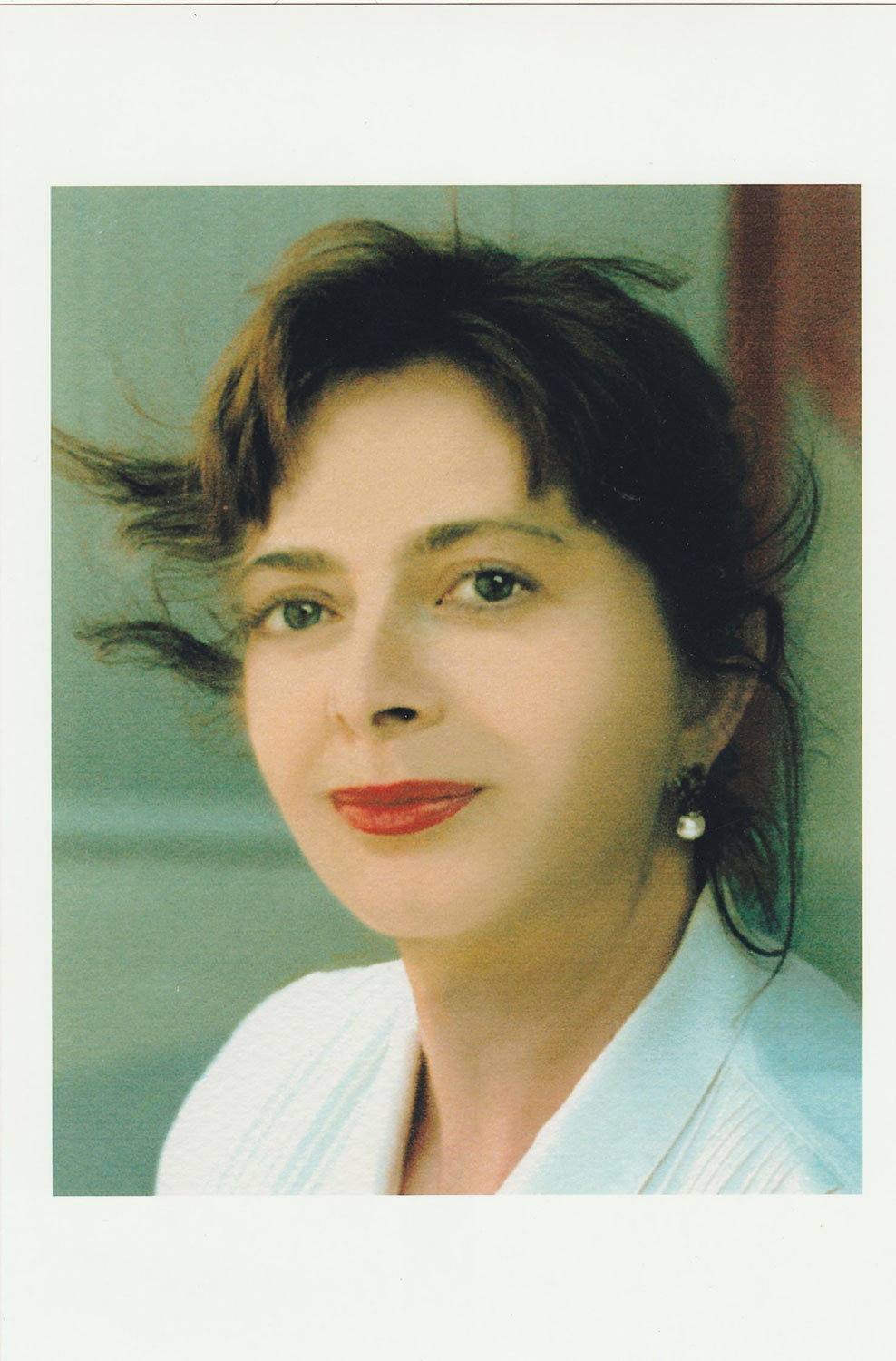 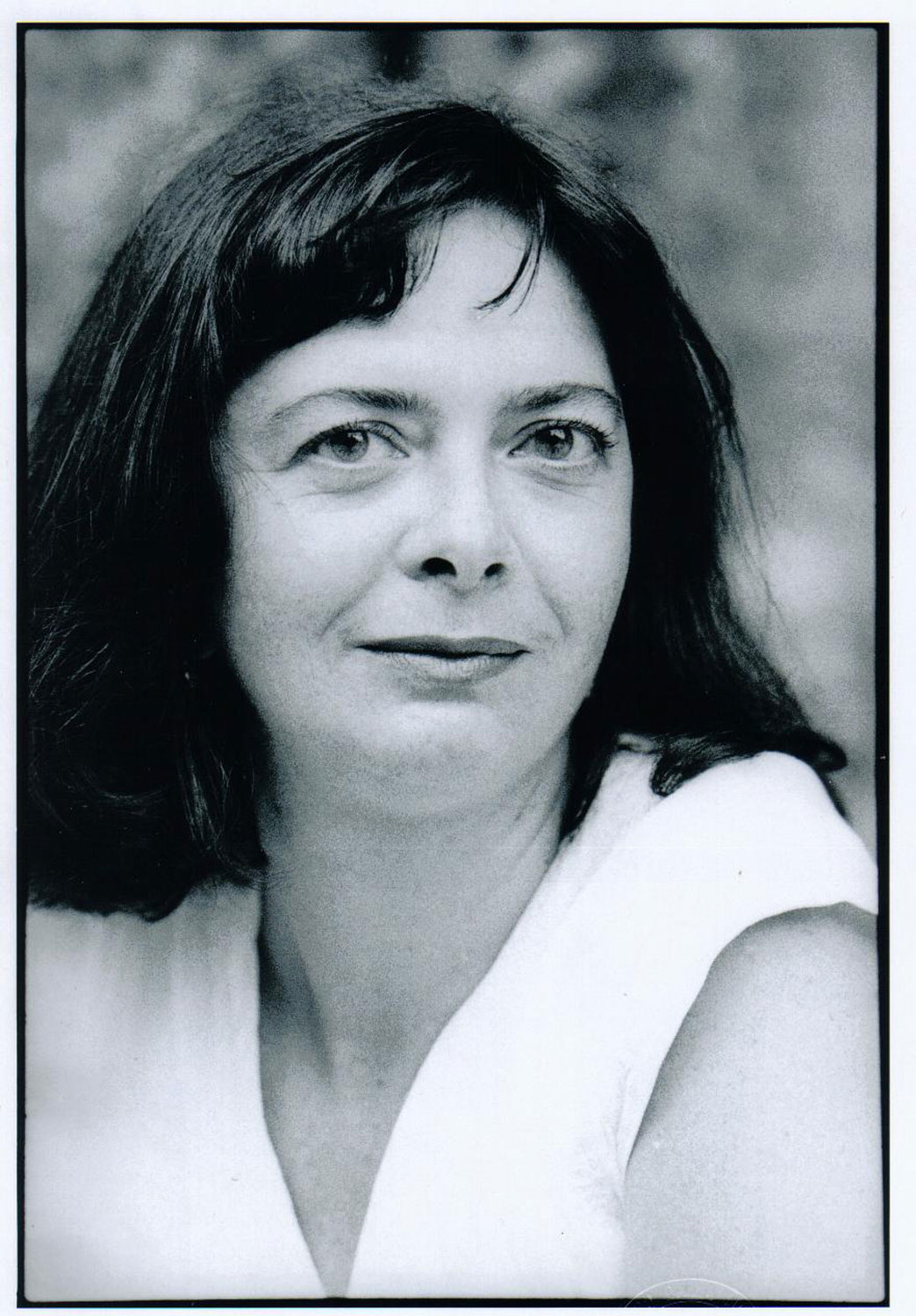 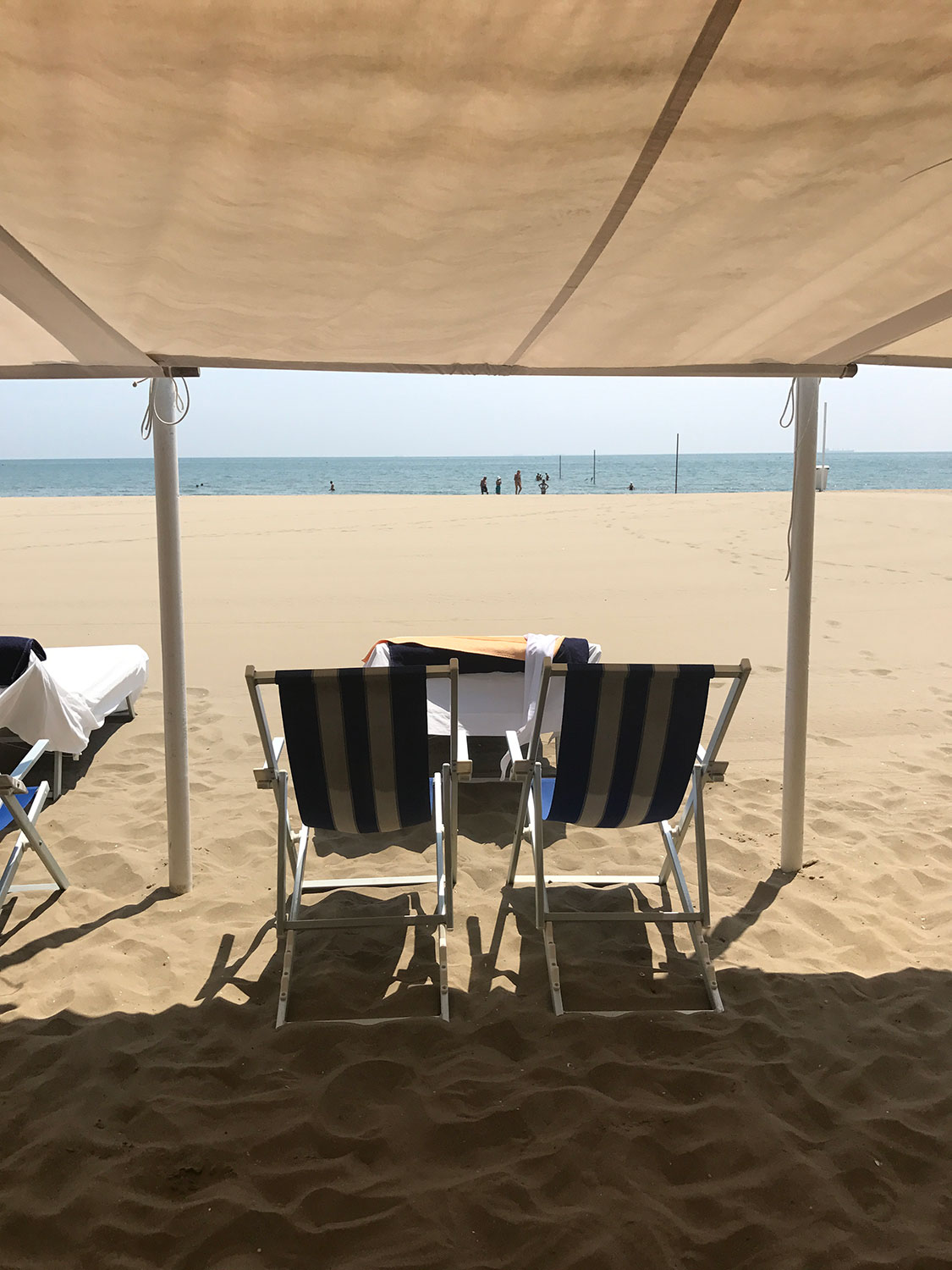 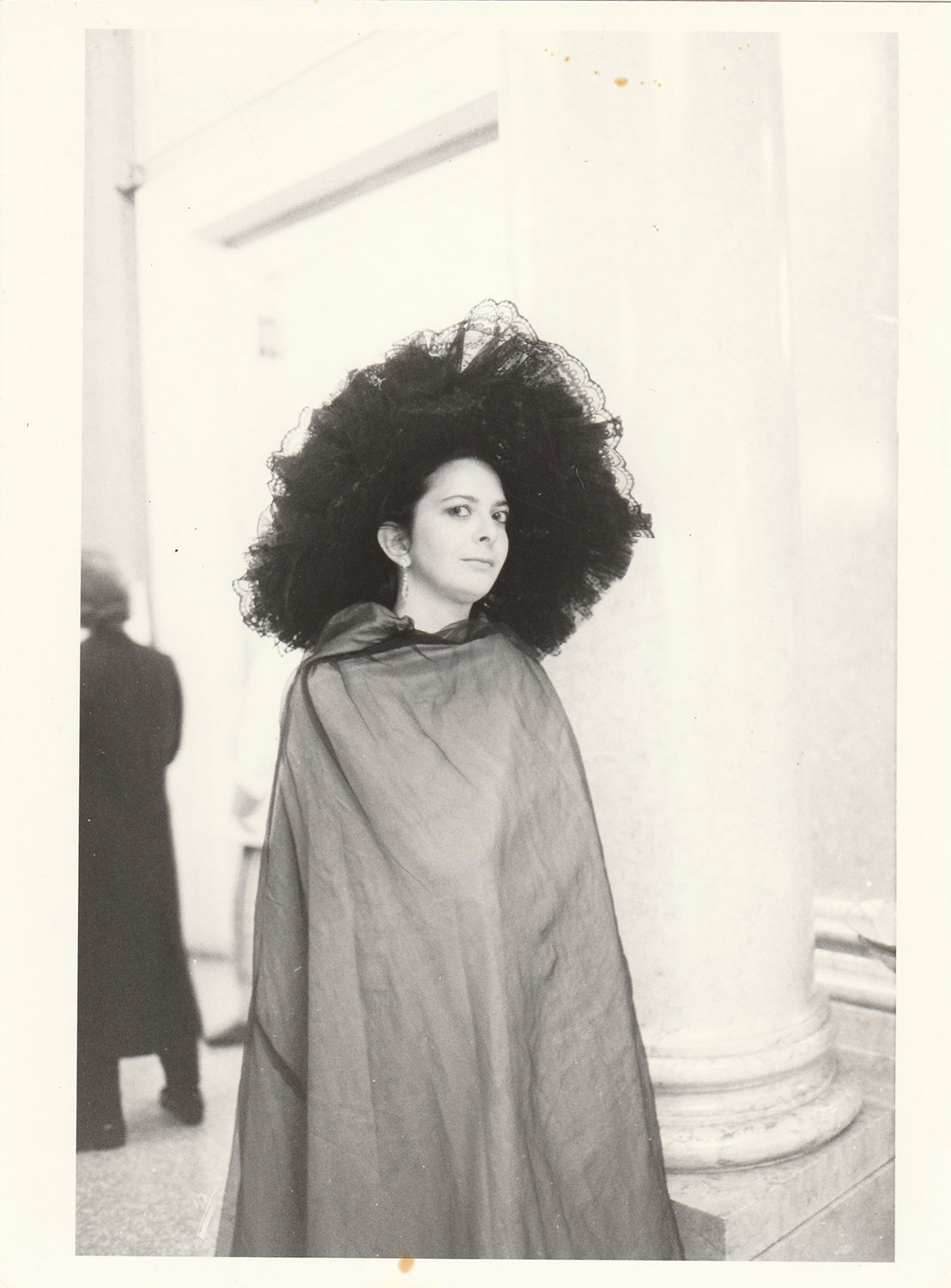 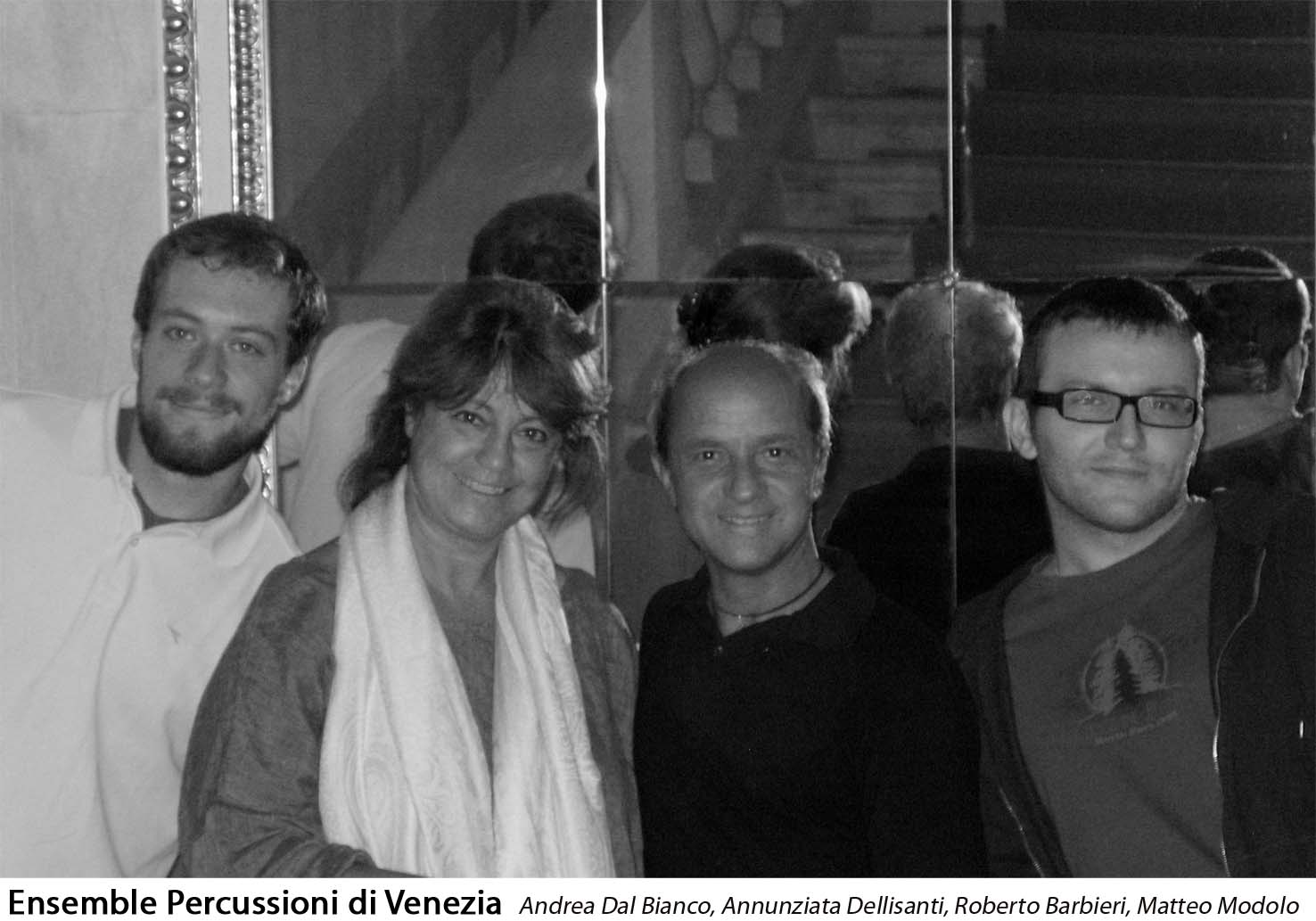 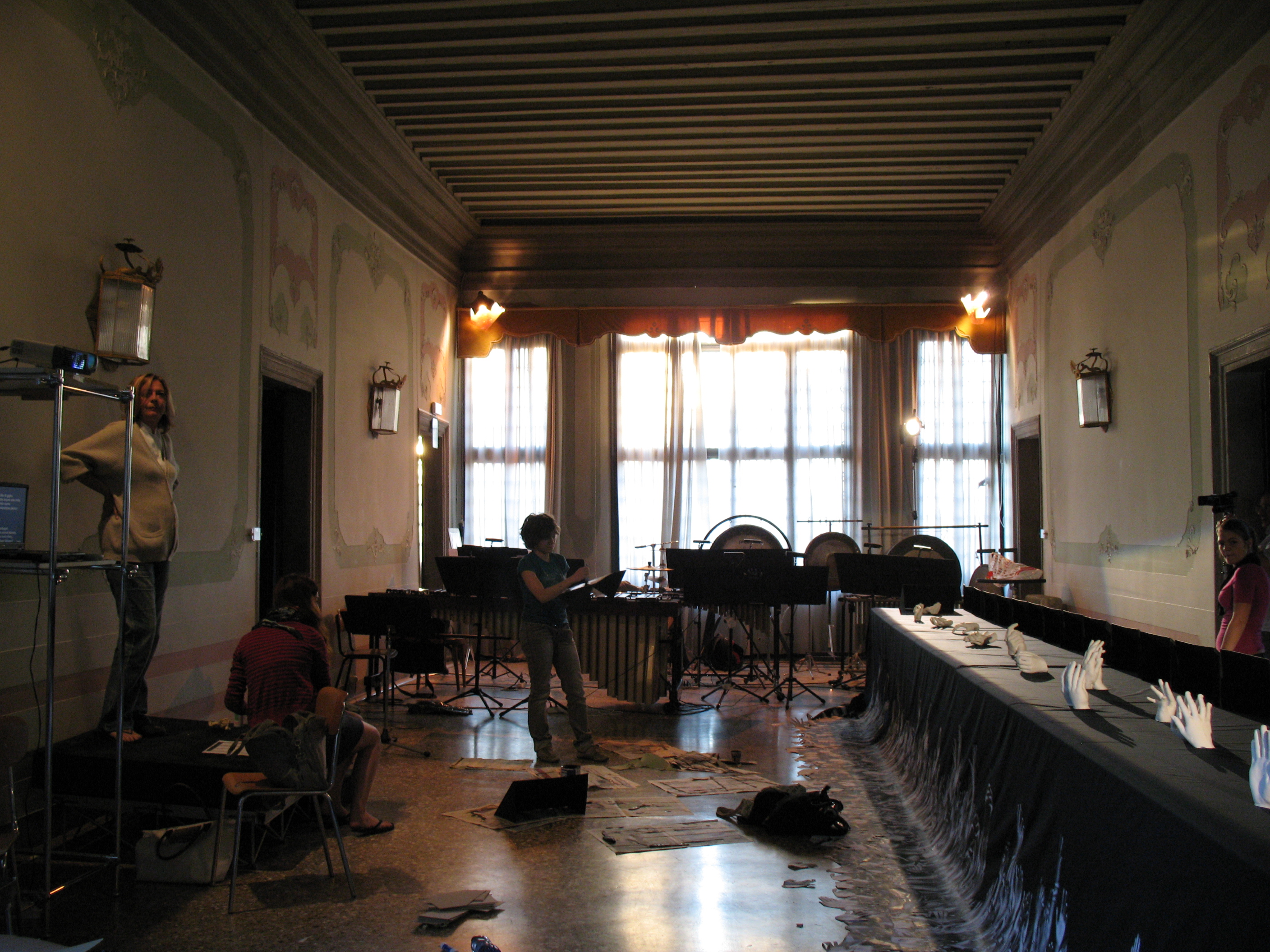 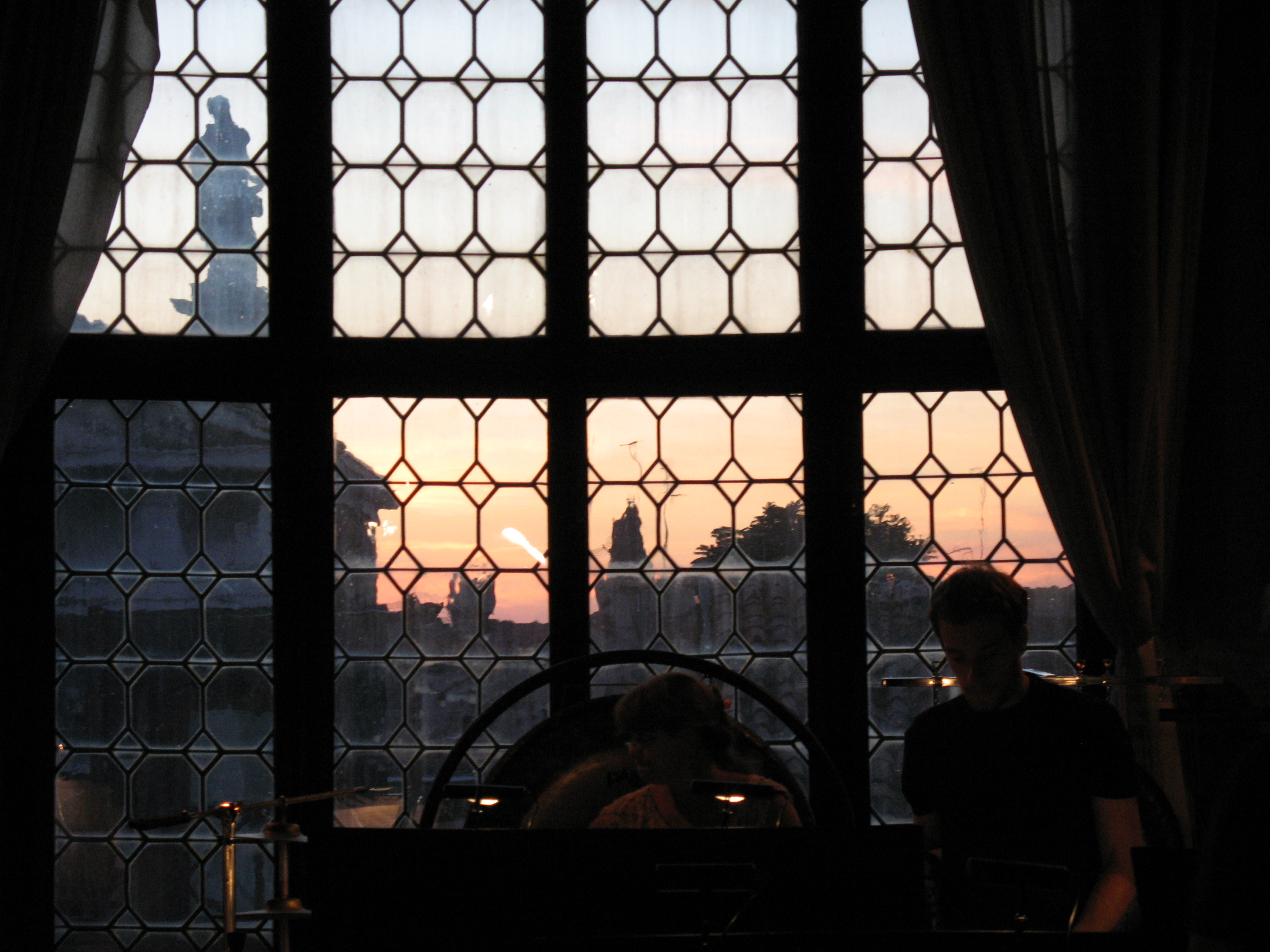 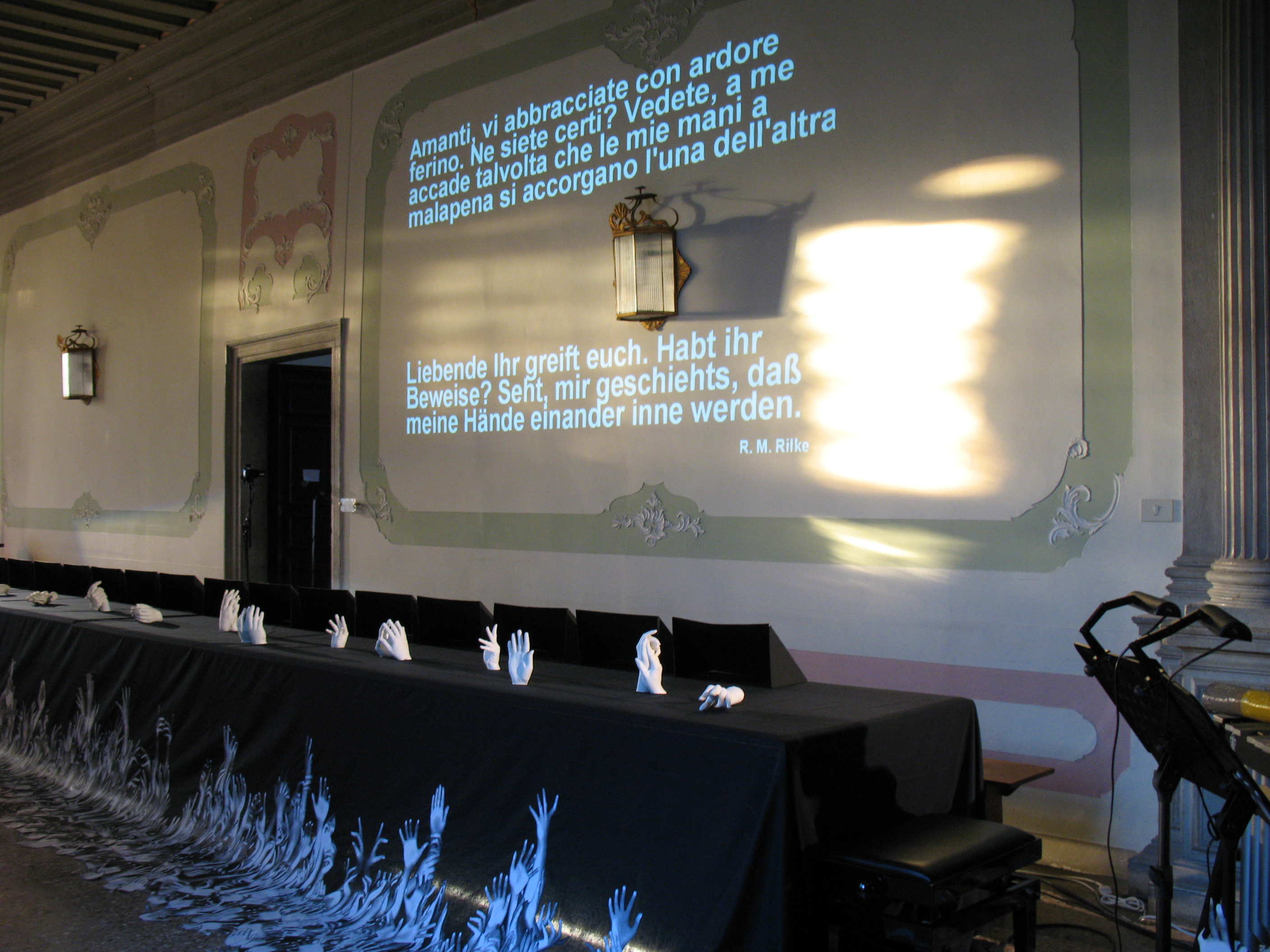 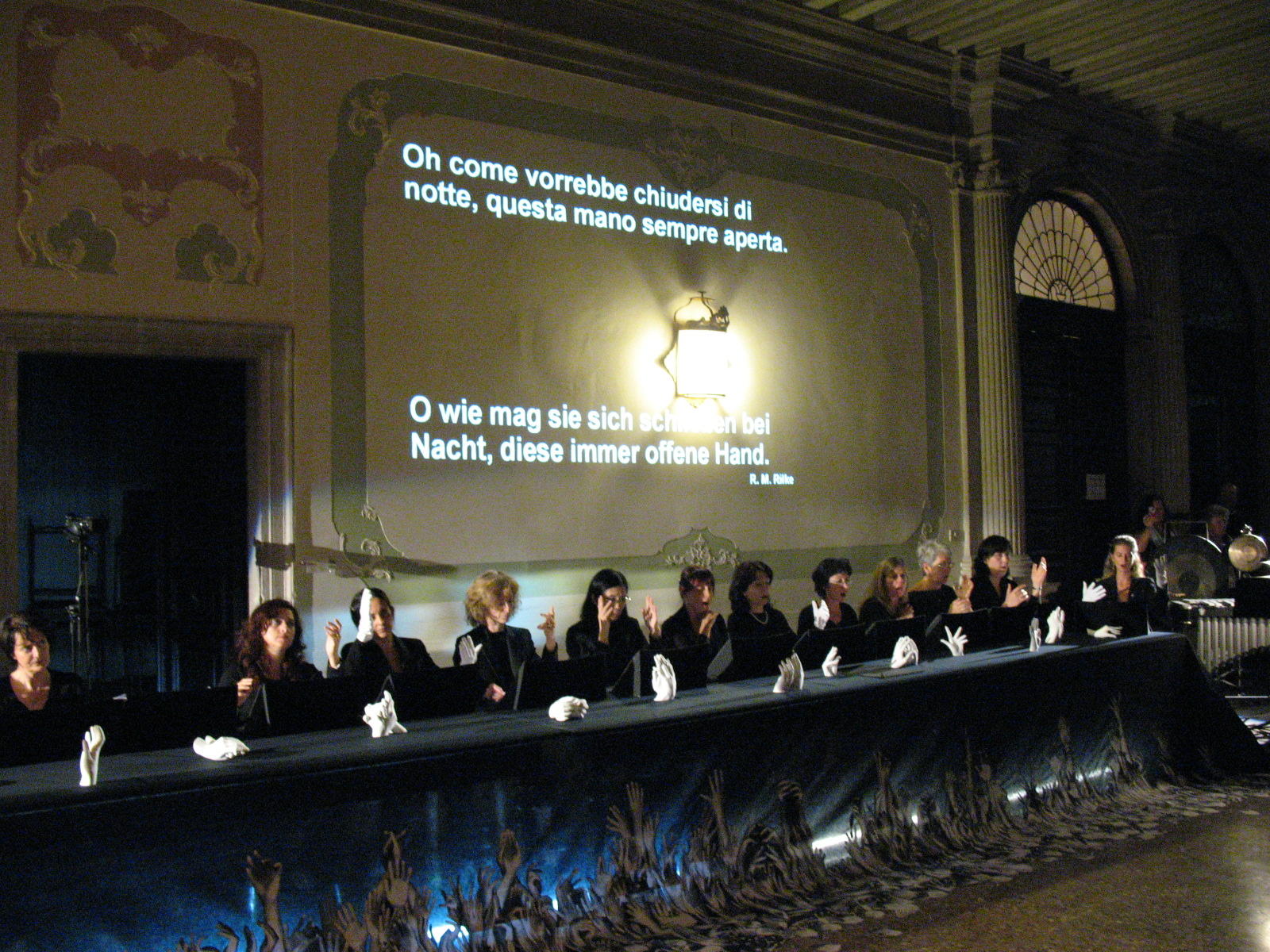 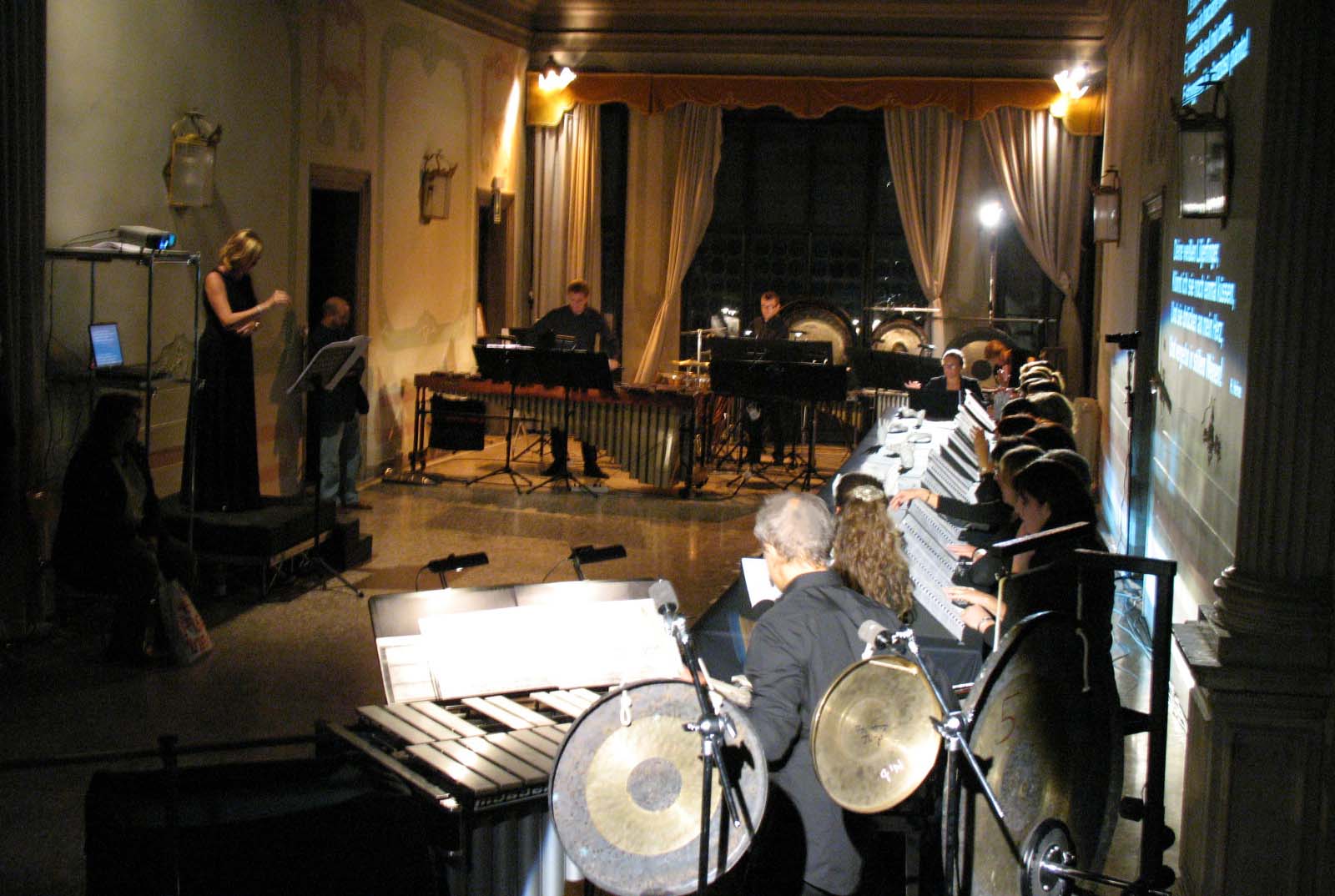 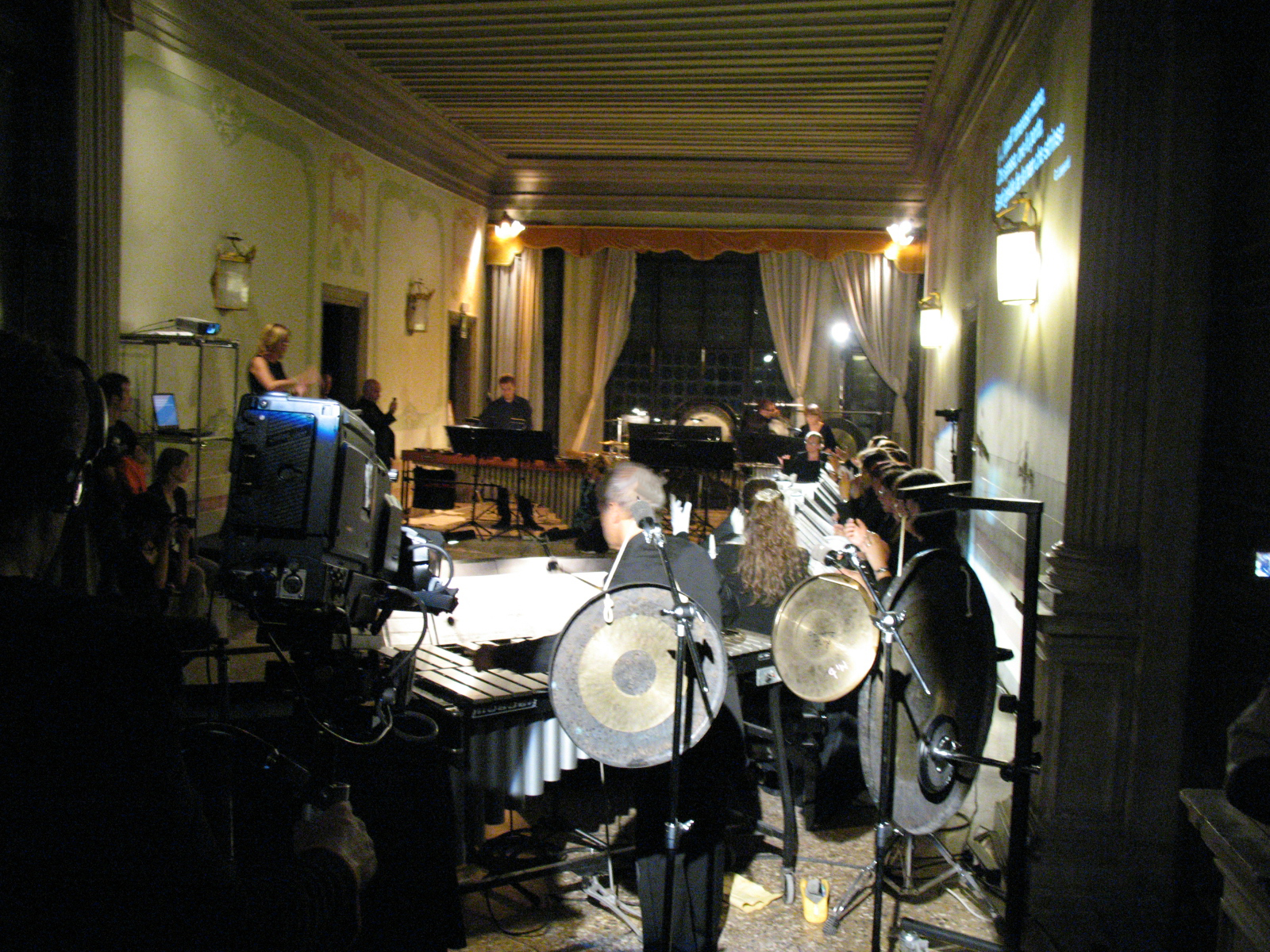